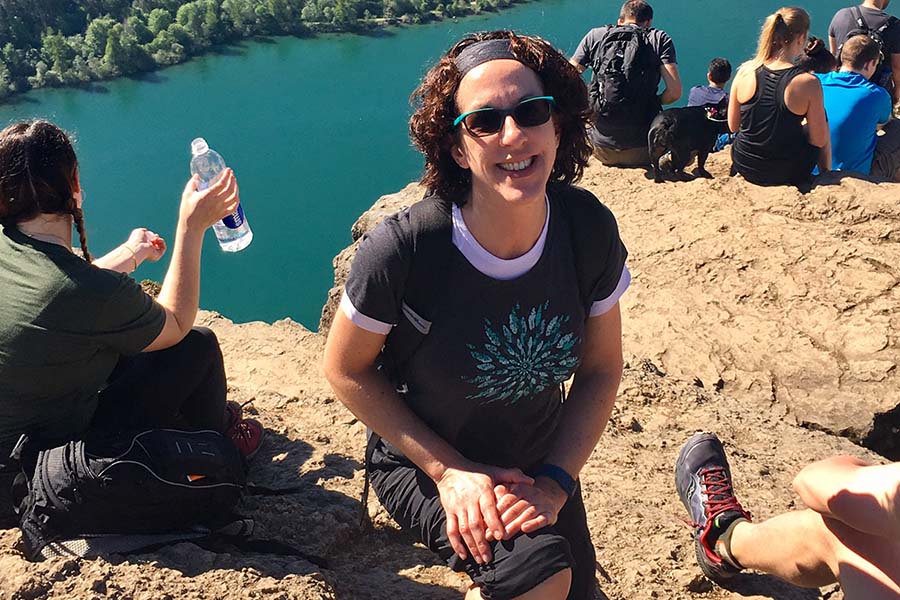 In June 2010, I was diagnosed with Stage 1, triple negative breast cancer.  In April 2015, I was diagnosed with a recurrence in the same spot.  After chemotherapy treatment, I was feeling quite depleted physically.  Also, emotionally I was pretty down and depressed due to the psychological roller coaster that comes with a cancer diagnosis.  In addition, I felt disconnected from others (even with tremendous support from my friends, family and partner), and just generally reeling from the brunt of having gone through so much in such a short period of time, all while still in my 30s.  The emotions were difficult to deal with.

During chemo treatment both in 2010 and 2015, Dr. David Zucker in Swedish Medical Center’s Cancer Rehabilitation program referred me to Team Survivor Northwest, but I did not actually pursue TSNW until October 2016.  Throughout my reconstruction surgeries and physical therapy rehabilitation, Dr. Zucker kept TSNW on my radar. He seemed convinced that TSNW would not only improve my health, but help pull me out of depression and regain the energy I needed to heal and thrive. Between my first diagnosis and joining Team Survivor Northwest, I was fairly active, yoga and walking being my primary go-to fitness activities.

It wasn’t until a few months after my final surgery that I remembered Team Survivor Northwest and how enthusiastic my doctor was about the organization.  I realize now that in addition to facing the potential bluesy winter months, I was also experiencing some withdrawal of sorts from having been cared for by health providers for a year and a half and now was on my own to take charge of and maintain my health.  It took me weeks to contact the outreach manager; I kept putting it off for one reason or another.  Perhaps there was a little fear about having to share what I had been through. Thankfully, I finally got the courage to reach out to Abbe Jacobson who talked with me about my activity interests, and from there I joined the weekly yoga class with Ann Ford and a few moths later, the Saturday ActiveFit exercise class taught by Toshiko Aramaki.  In March 2017, I attended the dragon boat team orientation. After that orientation and the first paddle practice, I was hooked and never looked back.

Being active in TSNW helped pull me out of depression, revitalized my energy, got me into a regular exercise routine, and brought me into a community of extraordinary women who have had similar experiences. What I initially feared was that there would be lots of talk about our experiences that would just remind me of an experience that I only wanted to forget, forever! I discovered that each TSNW program I participated in all had an atmosphere of comfort, familiarity, and trust, and I realized that each of us could share as much or as little of our story as we wanted; there was no pressure to talk about our cancer experiences.

I would tell any woman going through a cancer diagnosis that she is not alone, that there are truly inspiring women involved with TSNW.  If there is any hesitation about joining, she should know that there is no judgment in this group, that TSNW supports being active for your health: physically, emotionally, and spiritually.  You will simply be encouraged to be the best YOU that you can be.  While it can often be difficult to reach out for the support necessary during such a difficult and traumatic time, you will feel safe with the women of TSNW.  Ultimately, the support of the TSNW women survivors helps motivate me to be active, build strength physically and spiritually, and to laugh and enjoy life and each other.  At 41, I now feel like I am in the best shape of my life, largely due to the programs offered by TSNW.  It is an amazing and empowering feeling.

This error message is only visible to WordPress admins